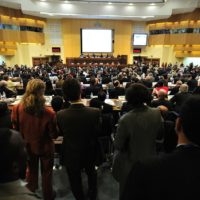 At one time, Ethiopia was associated with famine and poverty. Now, the country has one of the fastest-growing economies in Africa. In fact, Ethiopia is attracting a number of foreign investors from Nairobi, Johannesburg, London, and cities throughout the United States. These investors have recognized the incredible potential of the Ethiopian economy as it continues to grow. Over the past seven years, the country has experienced between 10 and 11 percent growth in gross domestic product on average according to the Ethiopian government. While the International Monetary Fund (IMF) suggests that the actual number is closer to 7 percent, this is nonetheless impressive growth for a country on the horn of Africa.

With competition increasing in the domestic venture capital landscape, more people are deciding to invest in foreign countries, and Ethiopia has earned a great deal of attention. Many investors are wondering which industries in Ethiopia are most ripe for investment. Following is a look at some of the country’s most promising industries: