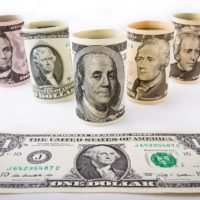 Ethiopia boasts one of the fastest-growing economies in Africa with a number of industries holding great promise for investors. Individuals from around the world have turned their gaze to Ethiopia in search of new, exciting investment opportunities. Ethiopia is Africa’s second most populous country, with 95 million individuals who are driving economic development and achieving impressive growth rates in gross domestic product (GDP). However, several other factors make Ethiopia an attractive country for investors, including:

The Ethiopian government understands how important foreign investment is for the future of the country and has strived to create an environment that encourages investing. For example, investments in manufacturing, agroprocessing, and agriculture are exempt from income tax for a period of two to seven years. In addition, capital goods and construction materials are exempt from customs duty payment, as are spare parts valued at 15 percent or less of the total value of the imported capital goods. Also, companies can carry their losses forward for half of the tax holiday period. A number of exporting incentives also exist, such as the Export Credit Guarantee scheme.

These incentives are designed to attract investment and speed growth in priority sectors. However, some of the incentives apply to virtually any industry. The Ethiopian government has provided guarantees for dividends, principals, interest payments, and remittance of profit on external loans. In addition, the government has created a competitive pricing structure for leases on plots of land. 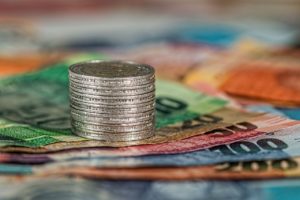 Ethiopia, the oldest independent country in Africa, has generally proven one of the most stable on the continent, even in spite of recent protests within the past year. This stability was put to the test in 2012, when a new prime minister assumed power. The peaceful nature of the transition affirmed the stability of the country’s multiparty political system and its parliamentary government. Such stability is attractive to investors, who often fear losing their investments in the event of a political upheaval.

The World Economic Forum has also ranked Ethiopia much higher in security than other African nations drawing attention from investors, including Nigeria, Kenya, and South Africa. Ethiopia also ranked low in the business costs of crime, organized crime, and violence. For foreign investors, this means greater peace of mind than that provided by the majority of investments made abroad.

Agriculture and livestock is one of the most promising industries for foreign investors in Ethiopia. This industry accounts for 40 percent of the country’s GDP, and it has thrived thanks to excellent conditions for growing crops and raising livestock. Ethiopia is a large country with very diverse topography, which makes it suitable for a wide range of crops, including coffee, sugarcane, grains, fruits and vegetables, tobacco, and more. Growing conditions are also aided by the temperate climate of the country, which is due to its relatively high elevation. Much of the country sits between 2,000 and 3,000 meters above sea level.

At present, Ethiopia is the sixth-largest producer of coffee in the world, according to the US Department of Agriculture. In addition, the country is the world’s third-largest producer of Arabica coffee beans. Flowers are another major crop in Ethiopia. The country is the second-largest flower exporter in Africa and the fourth-largest exporter of flowers to the European Union.

Ethiopia has the second-largest labor force on the continent, with more than 43 million workers. Furthermore, the country has one of the lowest minimum wages on the continent, while labor laws remain in line with international conventions. Monthly salaries for university graduates in the private sector range from $150 to $200 and construction workers make about $60 if they are daily laborers. Foremen tend to make about $300 monthly.

One of the most reassuring aspects of investing in Ethiopia is the wide range of protections and guarantees for companies doing business in the country. Both the Ethiopian constitution and investment law provide protections for private property. The country belongs to the Multilateral Investment Guarantee Agency, an affiliate of the World Bank that provides guarantees against some of the non-commercial risks that businesses may face. In addition, Ethiopia is a member of the World Intellectual Property Organization.

Over the years, Ethiopia has signed 30 bilateral investment promotion and protection agreements, 11 of which are with countries in the European Union. Agreements also exist with Russia, South Africa, China, Israel, and India. Currently, all foreign investors have a right to make remittances out of the country in other currencies at the standard rate of exchange.

Addis Ababa, the capital of Ethiopia, has emerged as a major economic hub in Africa and provides investors with excellent access to many other countries on the continent and beyond. Products produced in Ethiopia have quota- and duty-free access to both the European Union and the United States, through the Everything But Arms policy and the African Growth and Opportunities Act. In addition, Addis Ababa is home to the African Union and the United Nations Economic Commission for Africa, as well as Ethiopian Airlines, which carries two-thirds of all air freight for the entire continent.