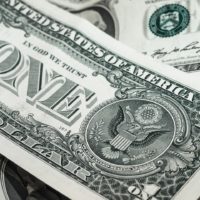 Often, popular culture’s conception of venture capital and entrepreneurship is rather far removed from the truth. The success of companies like Facebook or Instagram, plus the growing popularity of names like Sequoia Capital and Kleiner Perkins Caufield & Byers make people think that finding investors is easy and that cashing in on good ideas involves little effort. In reality, the vast majority of venture capital-backed startups fail, and many venture capital firms struggle to earn good returns. Most venture capital funds barely break even and are significantly outperformed by the stock market.

Knowledge is power when it comes to avoiding failure. Therefore, young entrepreneurs and budding venture capitalists need to learn about the following common misconceptions that exist around securing funding for a startup: 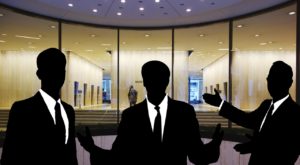 Many entrepreneurs today fall into the trap of believing that a venture capital partner is absolutely critical to success, but plenty of businesses succeed without them. Ultimately, companies will need to have a minimum viable product or prototype, as well as a small customer base, to provide the proof of concept necessary to attract venture capital firms. However, entrepreneurs at this stage can also turn to other sources of funding, such as crowdsourcing, that allow them to grow without diluting equity through a partnership with a venture capitalist.

Many entrepreneurs think that it’s easier to get an angel investor on the hook than it is to partner with a venture capitalist, but in reality the opposite is true. Most venture capitalists invest through a fund and are putting the money of shareholders at risk rather than their own. On the other hand, angel investors are putting their own money on the line; therefore they will be more cautious about making an investment. Entrepreneurs should also remember that angel investors tend to be experts in the field, so they are harder to sell.

While venture capital is a somewhat glamorous choice for funding a startup, it is far from being the only option. Furthermore, venture capital is not even the most popular option. In the history of the country, less than 1 percent of companies have raised money from venture capital funds. In fact, the amount of venture capital seems to be diminishing in the wake of other sources of funding, such as crowdfunding and angel investing. Of course, individuals can also finance their startups using traditional methods, like loans.

While it is true that banks are one of the best finance partners for entrepreneurs who do not want to give up equity, getting a business loan is more difficult than it seems. Banks typically require substantial collateral or a personal guarantee before they will take a risk on a startup company. Furthermore, banks demand monthly payments starting almost immediately, which can cripple a growing business. Once a business has an income, a business line of credit is great for avoiding the need for personal debt, but it can cripple a small company. Entrepreneurs are better off investigating crowdfunding options or obtaining money through other means, such as home equity or retirement accounts, or even asking friends and family for small loans.

Many venture capital firms will promise much more than money to entrepreneurs. Large professional networks and promises of mentorship and guidance can help startups grow quickly. However, not all venture capital firms actually follow through on these promises. Entrepreneurs should therefore do their own due diligence and talk to the chief executive officers of other portfolio companies of the firm to see exactly what to expect. In a venture capitalist relationship, fit is important. Some entrepreneurs may want mentorship, while others may prefer hands-off investors.

Investors are a great way to get a company off the ground, but entrepreneurs should be realistic about their own contributions to the startup funding. Few entrepreneurs will want to work with an entrepreneur who does not also have a vested stake in the success of the company, such as personal loans. When the times get tough, investors want to know that the entrepreneur will stay dedicated to the company rather than bail, and having a personal stake is the best way to guarantee such dedication.

Entrepreneurs who conclude that angel investors are inherently better or worse than venture capital funds are missing the bigger picture. While one of these options may be better or worse for the particular situation, neither is inherently superior. These two funding options are simply different, and the decision of which one to pursue depends on what stage the company is in, the amount of money the company needs, and what expectations the company has for the relationship (outside of money). Venture capitalists tend to be more involved with a company than angel investors are, but this is just a generalization.