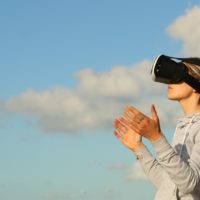 One of the latest trends in venture capital investment is augmented reality. In the first two months of 2016 alone, investment in the fields of augmented and virtual reality reached $1.1 billion. Never before has investment in this technology ever surpassed the $1 billion mark in a given year. In 2015, only $700 million was invested in this technology. This sharp increase makes sense considering the increasing market penetration of smartphones and investors who are continuously looking for the next technology that will dominate the market.

About $800 million of the first $1.1 billion invested in these technologies went to a single company called Magic Leap, but hundreds of millions of dollars more have gone to smaller augmented and virtual reality companies. These companies are focused on hardware, entertainment, services, distribution, and more. Even when the investments in Magic Leap are excluded, total investment in this industry is up 20 percent between the last quarter of 2015 and the first quarter of 2016. Industry professionals have forecast that the sector will hit $120 billion annually by 2020.

Almost every major player in the tech industry is looking into augmented and virtual reality technologies, which demonstrates the entire industry’s excitement about the technology. Facebook owns Oculus Rift, and HTC has Vive, both of which have created a buzz in recent months. In addition, Microsoft has released a development kit for its HoloLens product. PlayStation VR will hit the market soon, and even Apple reportedly has a team working on virtual reality technology.

Pokémon Go and the Early Success of Augmented Reality 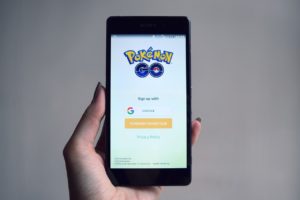 Further investment in augmented reality will likely be fueled by the incredible success of the smartphone app Pokémon Go, an augmented reality game developed by Nintendo. In the game, people can use the camera on their smartphone to view the world around them with some elements of the game added to the image. The immediate popularity of the game stole headlines across the world with its unprecedented and somewhat unexpected overnight success. Now, the Pokémon Go app is used more than Facebook and has as many active users as Twitter. Most impressively, this feat was achieved within two weeks of its launch and during a period when many bugs existed.

One cannot invest in Pokémon Go directly, but rather in the companies responsible for the product. Nintendo has partial ownership of The Pokémon Company, which own the rights to Pokémon Go, but the private company Niantic owns the augmented reality engine that powers the game. Niantic has received investments from Nintendo, Google, and The Pokémon Company for its technologies. A third company called Unity Technologies created the gaming engine that has scaled the app for worldwide use. Unity recently had a $181 million funding round. The only public company in this triad is Nintendo, which saw a 119 percent increase in its share price within two weeks after the launch of Pokémon Go.

The increase in investment in Nintendo is incredible considering that its $4.5 billion in revenue from 2015 is half of what the company earned in 2011. However, it is important to remember that Nintendo only owns 32 percent of The Pokémon Company, and there are better avenues for individuals to invest in augmented reality.

Opportunities for Investment in Augmented Reality

Since the success of Pokémon Go, a number of people have given recommendations for how to get in on the likely success of augmented and virtual reality in the future. Most of these recommendations are not really a direct investment in the technology. For example, some people have pushed for purchasing telecom stocks because the technology will increase data downloads, and others have recommended buying shares in Google, which seems to have a hand in every type of technology. In truth, however, real investment opportunities in augmented reality are not available for retail investors, as demonstrated by Nintendo. While share values increased dramatically, the company really only has a small stake in Pokémon Go.

Institutional investors who are interested in augmented reality should focus on the implications of the technology beyond the gaming field. While many investors will look immediately at gaming due to the proven success of the technology in this sector, the other possibilities are exciting ways to get in on the technology before it enters the commercial realm. Many of the technologies that are possible will resemble something like Google Glass with information overlapping into the real word. Some possibilities include virtual guides for tourists or exercise monitors that display statistics in real time. Individuals could also use the technology for real-time price comparisons in brick-and-mortar businesses or pull up LinkedIn profiles at networking events.

Perhaps one of the top applications of augmented reality relates to driving. Directions could be displayed in real time with arrows pointing to where people need to go in order to avoid the sometimes confusing commands of current GPS apps. The technology could also be used for displaying road signs so that people are not distracted when they look for them or frustrated when they cannot be found.

Investors interested in the virtual and augmented reality sector have a number of great startups to choose from, such as Occipital, Emergent VR, 8i, and more. However, there are literally hundreds of companies now working in this space, all of which have unique ideas about the future of the technology and its applications for everyday life.