Home » Blog » Business, Entrepreneur » What You Need to Know about Modern Capital Markets 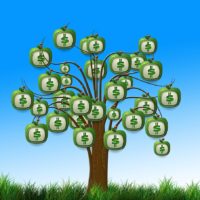 Before individuals begin to think about opening a private equity firm or even financing a company, they need to understand what capital markets are. The term “capital markets” refers to forums people use to buy and sell equity and debt. Through capital markets, money flows between providers, such as investors, and users, such as businesses and governments. Capital markets serve a central role in any capitalistic economy by making money available for generating economic output. In the United States, capital markets include both primary markets, where investors buy new stocks and bonds, and secondary markets, which are for trading existing securities.

A Closer Look at the Broad Category of Capital Markets

At the most basic level, capital markets facilitate the buying and selling of financial instruments. The financial instruments that are primarily involved include equity securities, which are typically stocks, and debt securities, called bonds. Through capital markets, stocks and bonds can be issued for medium-term or long-term durations. In the United States, the Securities and Exchange Commission (SEC) oversees all capital markets, and similar financial regulators exist in other countries around the world. Capital markets tend to concentrate around the world’s financial centers, but most trades actually occur through computerized electronic systems. The public can access some of these systems, but most remain heavily regulated.

In primary markets, stocks and bonds come directly from companies to investors and typically involve underwriting. Primary markets make it possible for growing companies to raise capital without holding an initial public offering (IPO). In this way, companies make a more direct profit and maintain the option of generating liquid capital through an IPO later down the line. Through a primary market, companies sell their shares to investment banks or other firms.

After passing into the primary market, shares move to the secondary market, where investment banks and other firms can sell their shares, and private investors can resell theirs. Such secondary stock and bond exchange takes place on specific stock and bond markets in various exchanges around the world. The New York Stock Exchange and the NASDAQ are two examples of such secondary capital market exchanges. Outside of these large exchanges, secondary trading can also occur through computerized trading systems.

The Key Participants in Capital Markets

The typical participants in capital markets include individual investors and institutional investors, such as mutual funds and pension funds, as well as governments and municipalities. Of course, banks, companies, financial institutions, and other organizations also participate. Many different types of groups can issue debt through bonds, including the government. However, governments can’t issue any equity through stocks. Capital suppliers are looking for deals that minimize risk and maximize return, while companies and other capital users want to generate income without spending too much money to do so.

Individuals can learn a lot about a nation’s economy by looking at its capital markets. The size of capital markets and economies are directly proportional. Therefore, the United States, which has the world’s largest economy, also has the largest and most involved capital markets. Because of the money-moving role that they play, capital markets are essential to the economic health of a country, and many look to them as representations of the financial health of a region.

However, capital markets around the world are all interconnected; therefore, ripples in one can cause major panics in another. The interconnected nature of capital markets is behind the financial crisis of 2008. When the American mortgage-backed securities market failed, the effects were felt throughout Europe and Asia because investors there held trillions of dollars in these securities.

The Difference between Capital and Money Markets 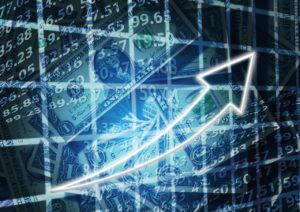